We were honoured to represent the Tracy Trust at this wonderful, historic and nostalgic village event on 4th September 2021. The photo shows one of our hard-working trustees by our stand during the celebrations.
​We thank Maddy and the Memorial Committee for hosting us so royally. 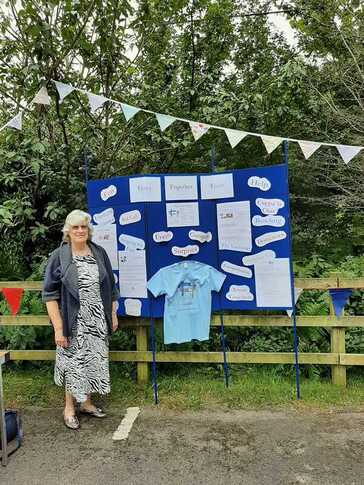 Another successful Ice Cream afternoon was enjoyed by the Tracy Trust members this summer.
Mr Nice Cream delighted with his array of ​delicious ice creams, topping and sauces.
There are more pictures of this event in the Gallery. 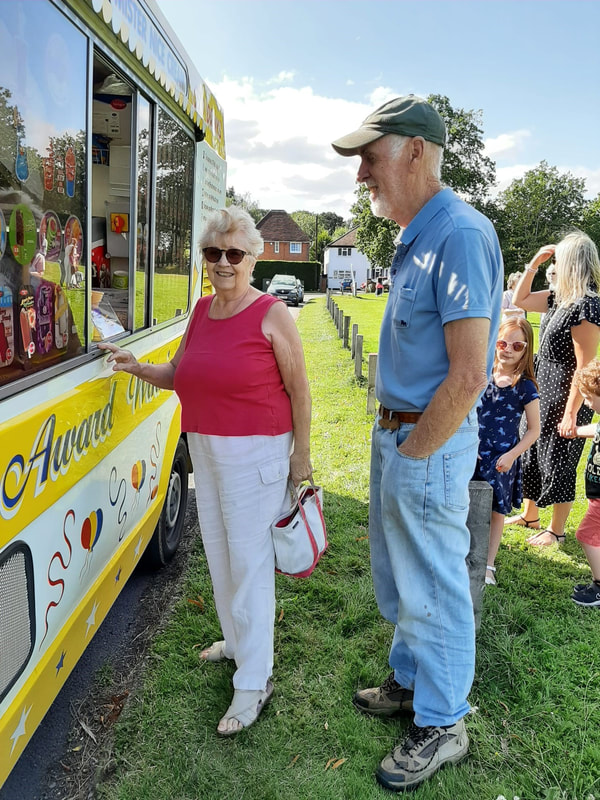 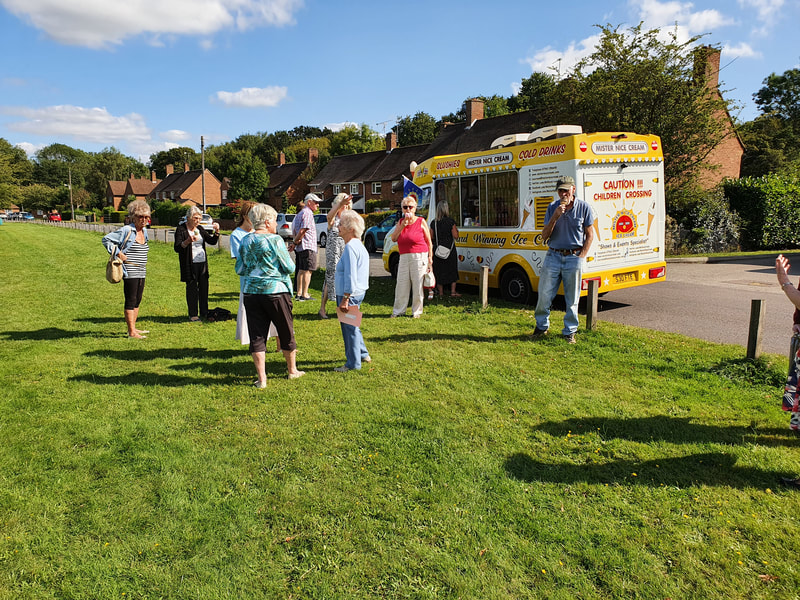 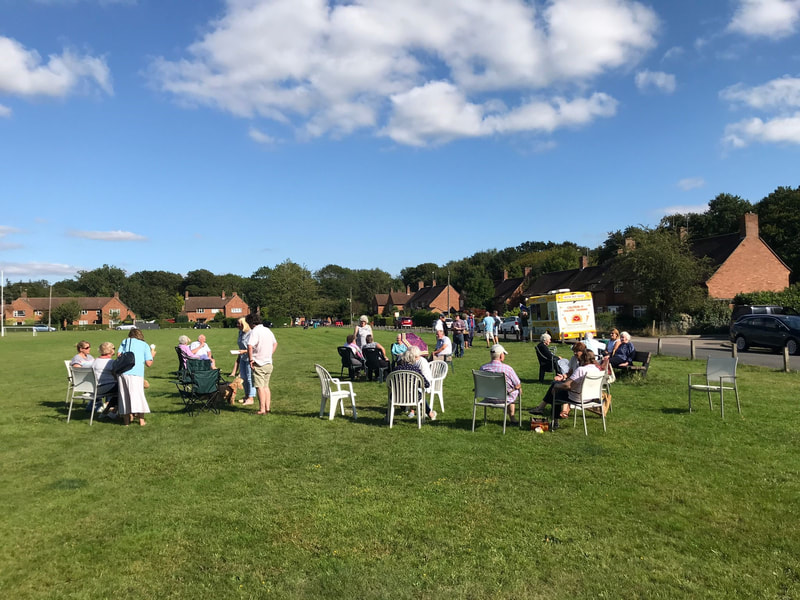 Sixty-three ice creams from a very nice Mr Whippy were consumed on the Green in Hedgerley, with one or two being whisked off to members' houses.
Jackie Phillips, professional cellist living in Hedgerley, played for us, while many sat around on socially distanced chairs to enjoy the occasion. It would not have been England if we were not troubled by a passing shower, but umbrellas were produced from nowhere and brief shelter was sought under the trees! All deemed the ice cream to be delicious, the selection was mind blowing, with a dazzling array of sprinkles, toppings and sauces! For many, it made for a Sunday with a difference.

​One comment from our members about the Ice Cream Sundae says it all:
' Wow! That was the biggest and most enjoyable ice cream we ever tasted in our lives, thank you!' 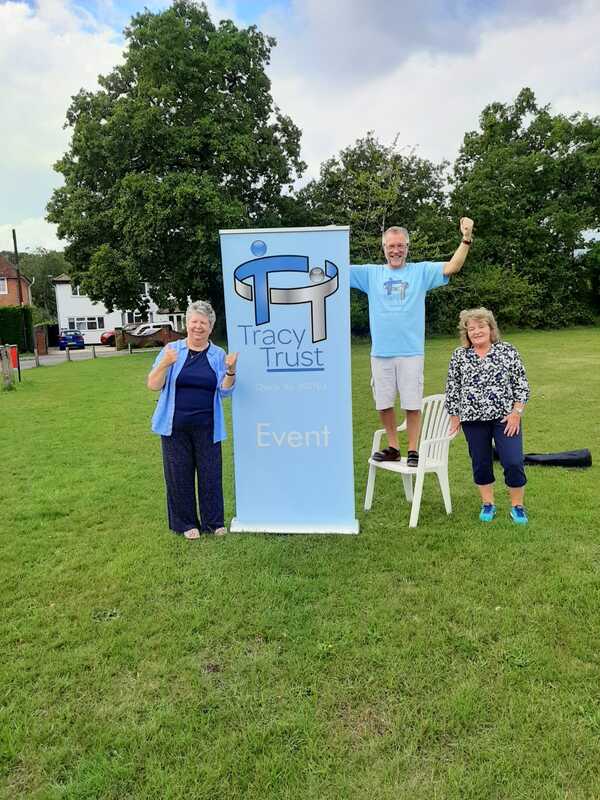 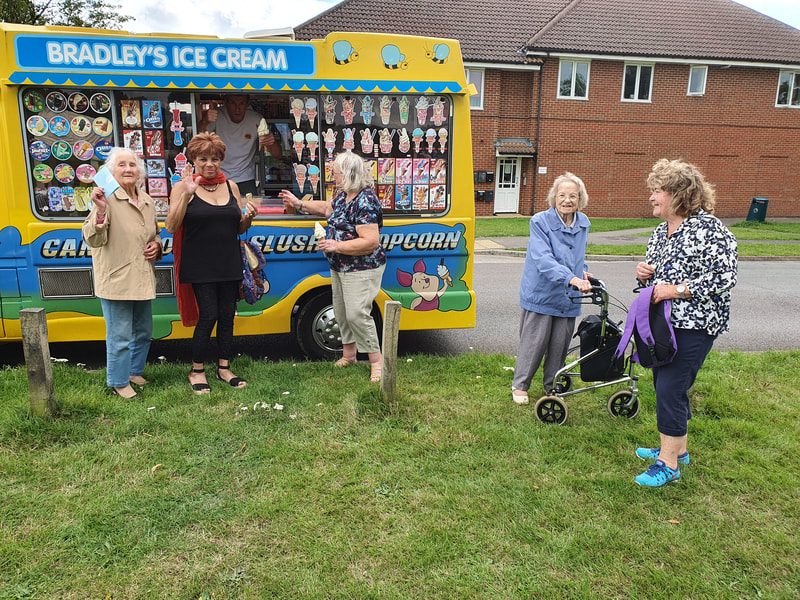 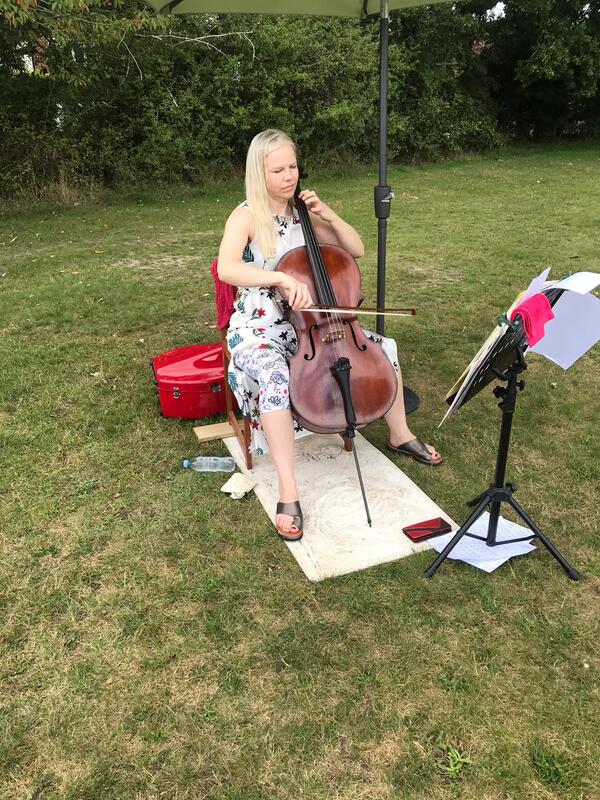 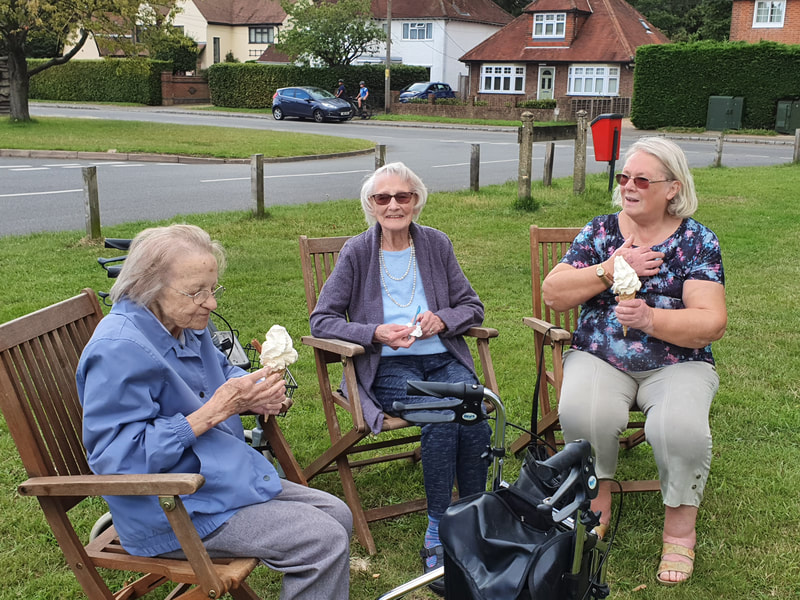 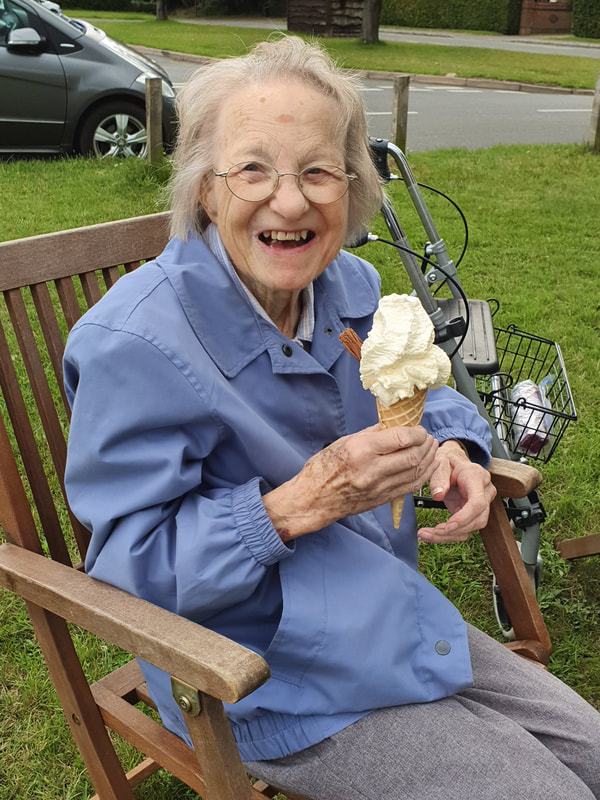 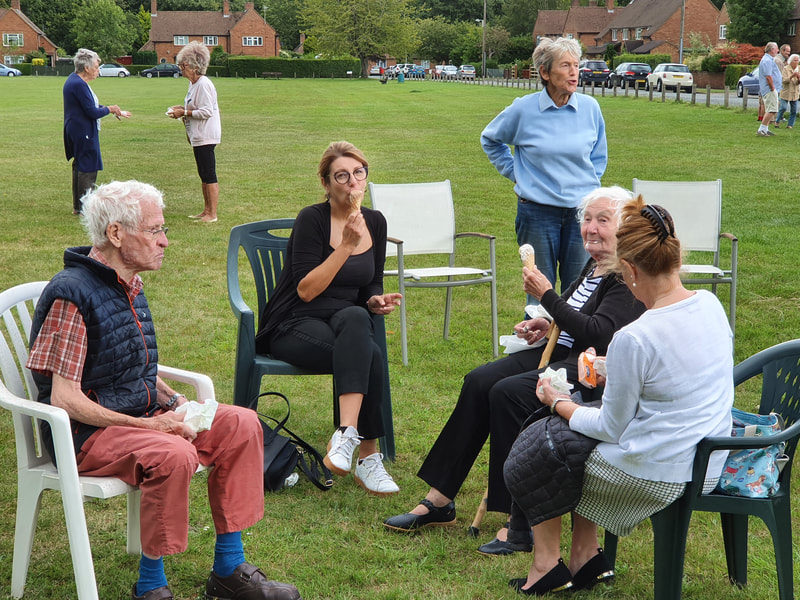 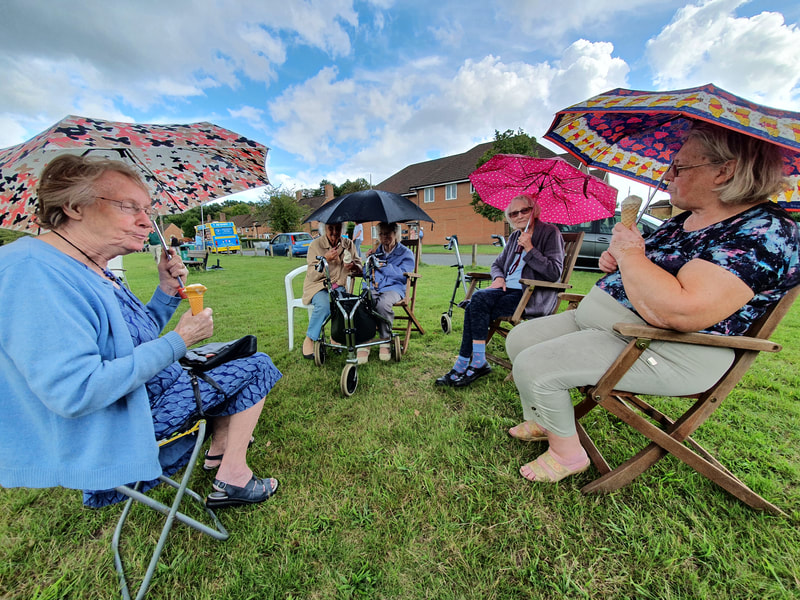 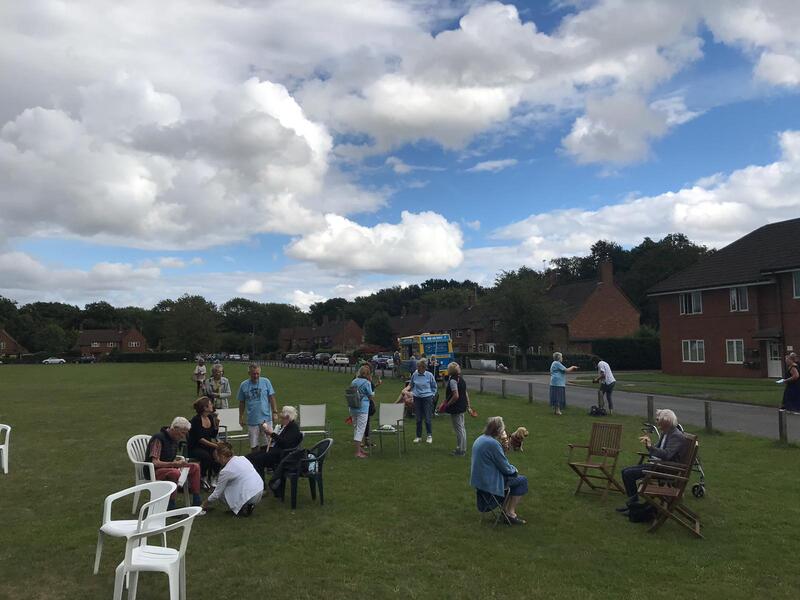 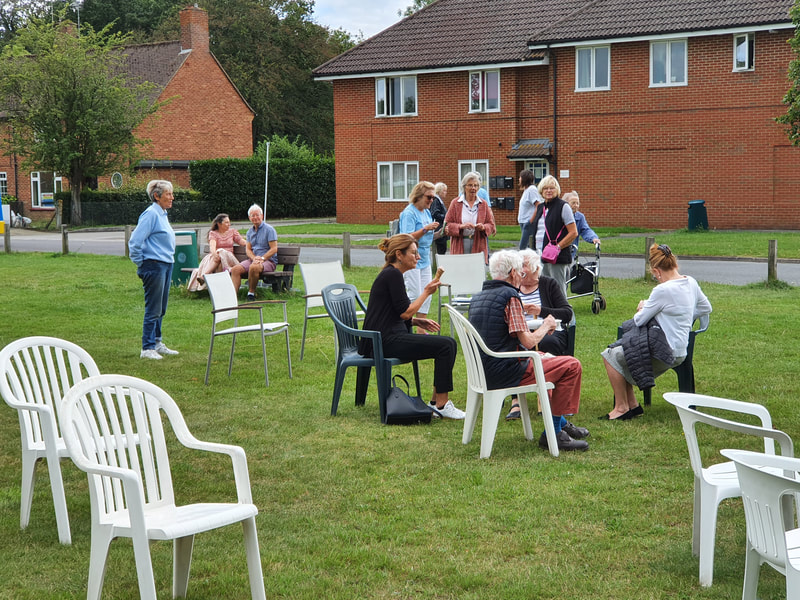 The Tracy Trust 30th Anniversary Party
Around sixty Tracy Trust members, committee members and trustees gathered together in the Hedgerley Scout Hut on a rather wet October Saturday to celebrate the 30th year of The Tracy Trust. But despite the weather, the atmosphere inside the venue could not have been warmer. The hut had been transformed with bunting and flowers!
The Chairman welcomed the attendees, made a toast to Edith Tracy and then everyone settled down to a wonderful lunch provided by Ann Tennant and her catering team. Ken Maycock had the honour of cutting the anniversary cake.
After lunch there was musical entertainment from the Davenies School Hand Bells Group. Their teacher Margot Rusmanis invited Tracy Trust members to join in and several brave individuals rang the bells to produce the Sound of Music favourite ‘Edelweiss’. Margot had brought her violin with her and treated the assembled to two beautiful musical pieces. As a memento of the occasion everyone was given a booklet on Edith Tracy put together especially for the anniversary. 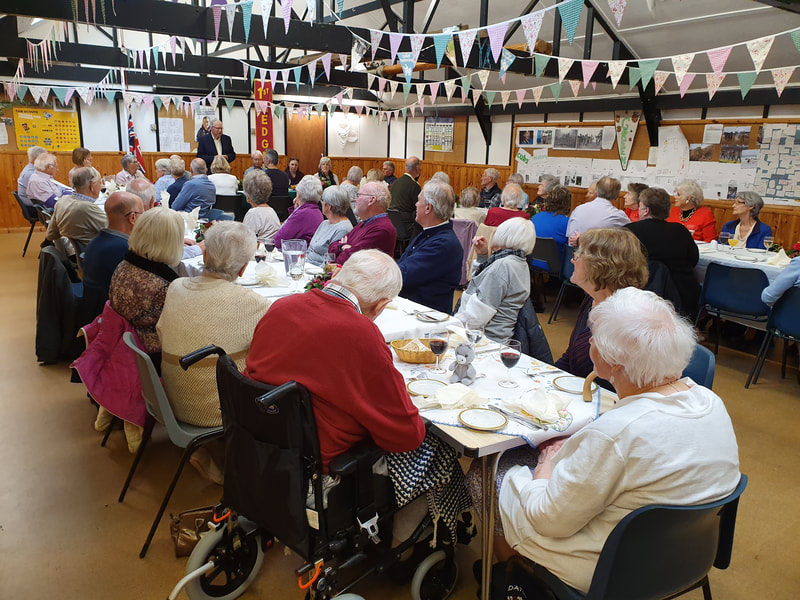 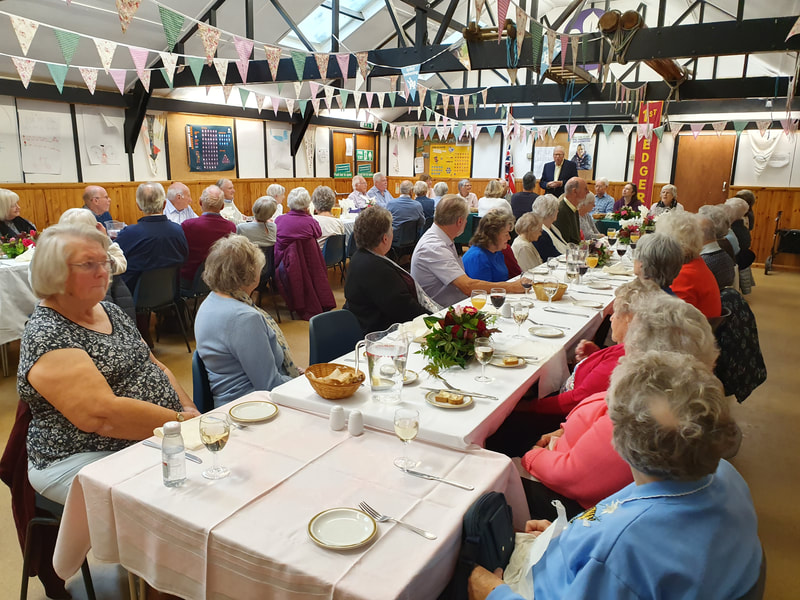 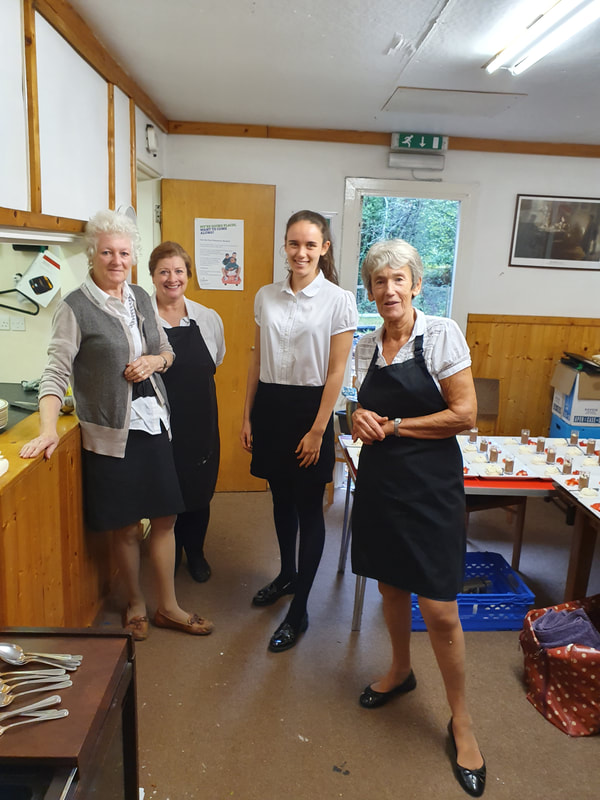 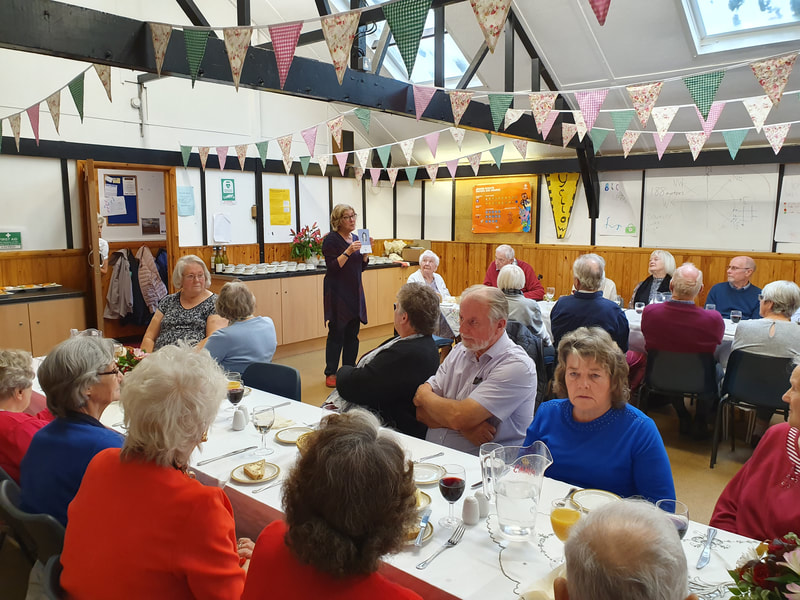 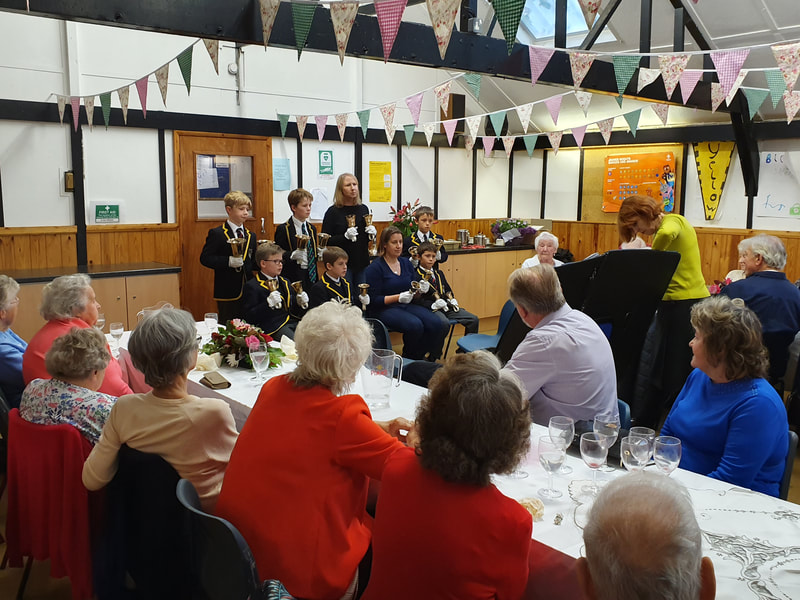 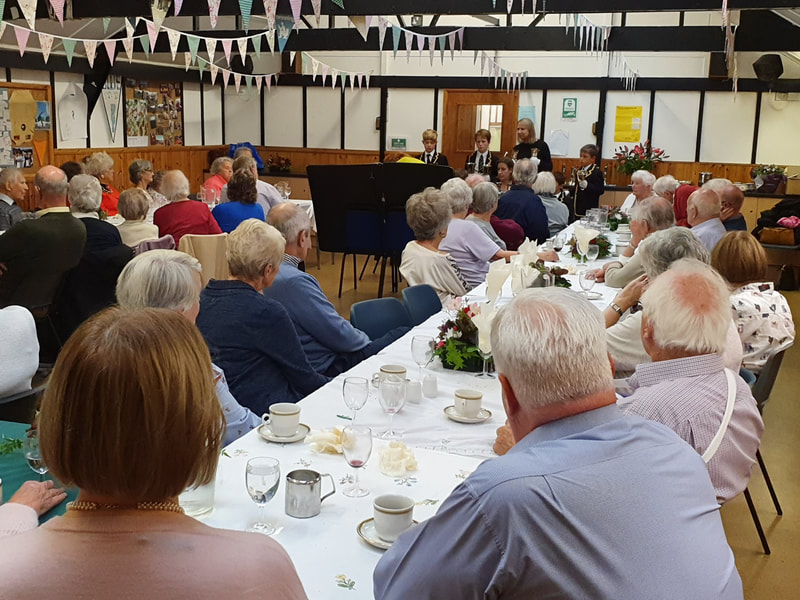 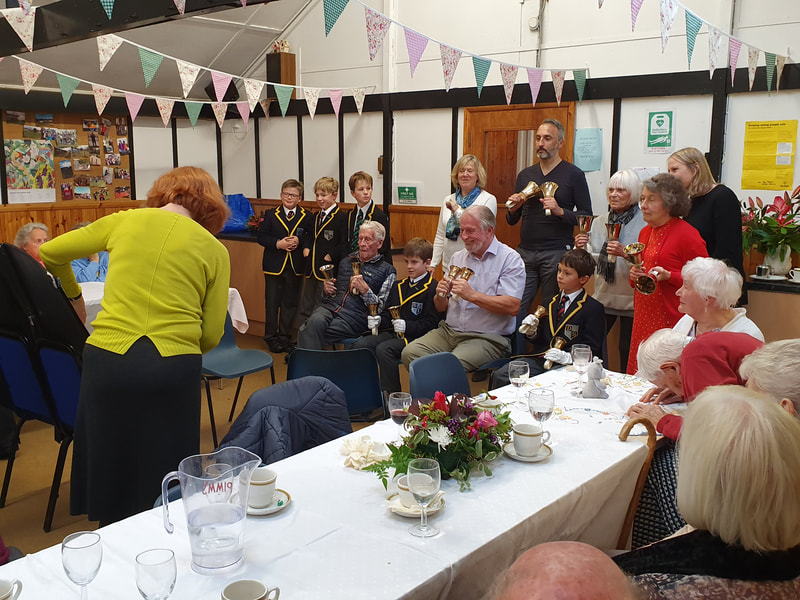 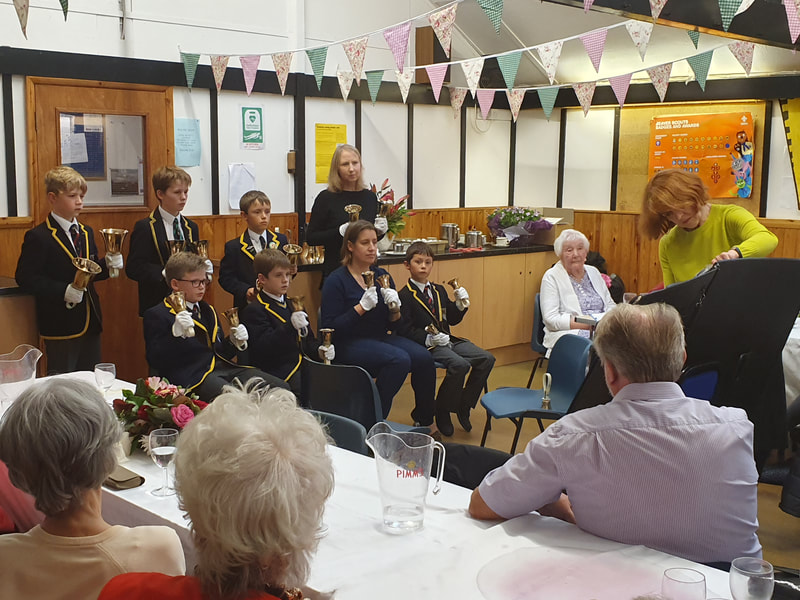 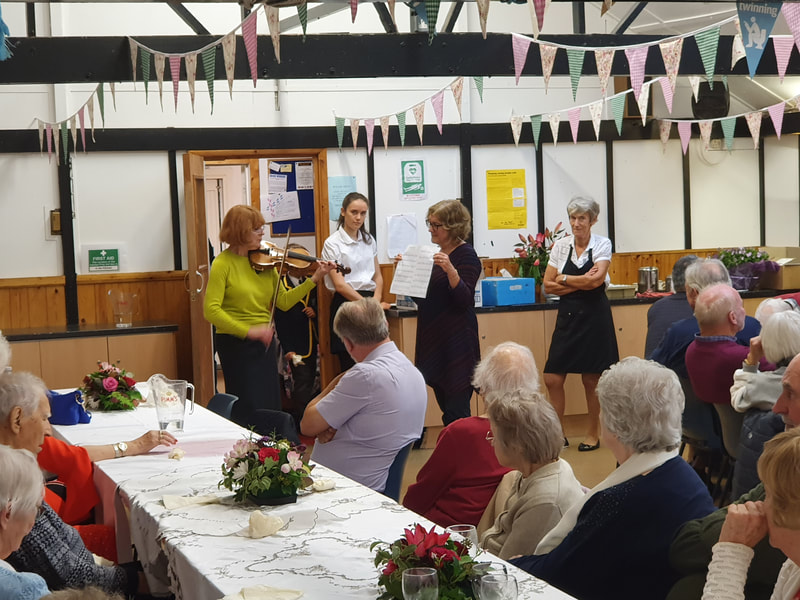 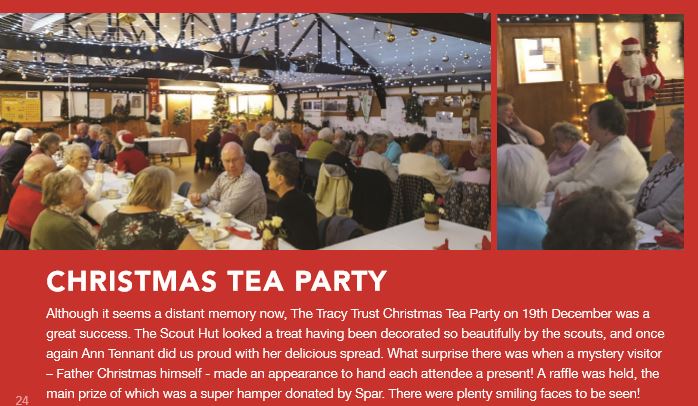